2020 Although, still able to sire crias, Magneto has had a rest the past few years. He has lasting fiber fineness with a 22.5 micron count for 2020. He has a very calm disposition , gets along well with the other guys. Because of his age and short fiber, we are selling him as a companion alpaca. But isn't he such a handsome guy still?

Some of his cria are listed here.

PERSIMMON DOB 4/25/2013 WH. Dam ZEPHYR, Sold to Peavine Alpacas
Magneto is the sire to our MAHOGANY DOB 5/27/2012, dam SIXPENNYROSE. Mahogany is now in TX and her mom is at another farm about 40 miles from us.

Magneto won several ribbons in Colorado (before we got him). At the Great Western Alpaca Show in 2003, he placed 1st in Halter, in 2004, he placed 3rd, In 2005, he place 2nd in the Alpaca Breeders of the Rockies fleece show.

Cash, Certified check or money order on delivery. Possible Financing. Alpaca to be picked up within 10 days of auction ending. After 10 days, agisting fees of $2.50 per day will be assessed until pick up. Travel arrangements possible. Any questions, please contact us. 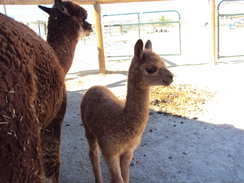 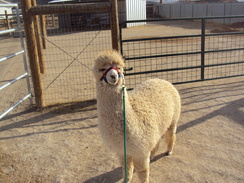 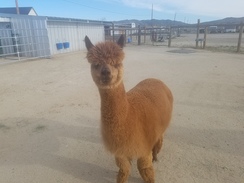 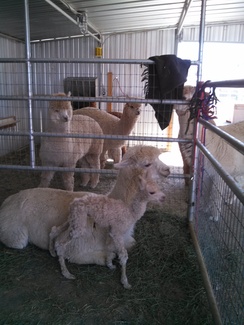 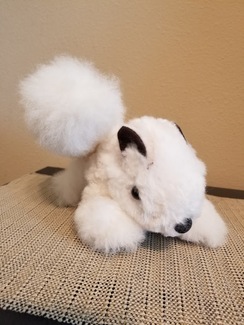 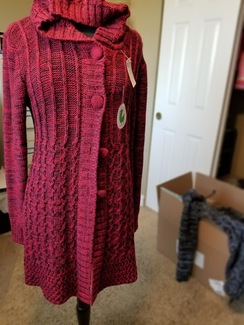 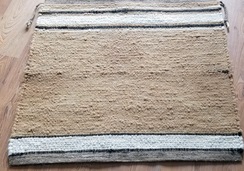